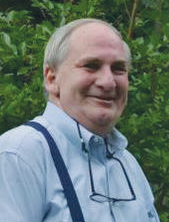 There are some schools of thought today that believe the universe resembles a fractal. Fractals are images that when reproduced at either a larger or smaller scale are exact replicas of themselves.

It is a curious and interesting thought. In my reflections through the years, I have come to the same conclusion. If that is true, it would lead me to believe that in every episode, there are all the pieces of life itself—the ups and downs are all mixed in with all life’s paradoxes and illusions.

It is in this spirit that I share a very sad but impactful day for me. It came in the form of the death of one of my closest friends, Steve Batson on July 4, 2013.  It was so like Steve to pass away on the Fourth of July. It is another twist of life that he wrote about his thoughts the day the space shuttle exploded, and he reflected on death itself  (“A Tribute  to the Columbia: The Children of the Sun,” SouthernReader, Issue #4, Spring 2003).

Batson was very atypical and lived his life very far from the world in which most of us live. Although he was accomplished and very intelligent, he preferred to live in an isolated fashion. He had a few dear friends, and I was blessed to be part of that group.

That was pretty much it. In thinking about his eulogy, I was honored to take part in his life and value system, both of which are in stark contrast to what most of us possess.

There were four of his closest fraternity brothers at the funeral, with three taking part in the service. After the service, in the normal course of things, we would have gotten in our cars and driven back to the three states in which we live.

But as if we were pulled by some Batsonesque force, we opted instead to go back to Steve’s house. It was his wife, her sister and just the four of us. We talked, we caught up and  Skinner, (SouthernReader’s epublisher), brought in his guitar.

As if time never passed, there we were, once again singing together. We all love music, and have been—or continue to be—musicians even today. The words flowed, and the tunes that had been such a part of us never left us. At one point, we were singing “If I Fell” by the Beatles. The harmony in the song is extraordinary. There we were—after all this time—harmonizing; it was so good. It was a mystical moment that was pretty overwhelming. It was so powerful that the concept of harmony is by its very nature, parts coming together for added emphasis and purpose. We were, from different states, different professions, different religions, yet all together. I believe in a more mystical sense, it was energies coming together as notes that bend and blend towards a point in time not to be repeated. The event itself was a convergence of so many emotions that it was almost paralyzing. It is funny that we spend time with people and friends but never touch them.

I was struck by something Skinner mentioned. He said  “that he never realized or appreciated the relationships and bonds, because it was assumed there would be plenty more opportunities and plenty more relationships that would be special,” but there weren’t. I think it is the blind side of all humans, that we tend to never fully appreciate things in real time. Like my aunt used to say, there are no friends like old friends.

It is true that most people wouldn’t have bet money on any of us turning out very well, based on our college fraternity days. I mean, “Animal House” was sedate compared to us. But even then, there was the bond, and a unique spirit that brought us together and pulled us along the ever-bending river of life.* It was invisible, yet strong, and it never let us go. And so it was that we were summoned together once again to celebrate the life of a brother and an everlasting presence on that long and winding road.

And so, I close where I opened. This fractal was a moment that had all of life wrapped up in it. It was profoundly sad, and it was overwhelmingly happy; there were songs in our hearts, there were mountains, there were valleys, and there was the bond of kinship and shared experiences, all in the same episode. God was very good to us that day. Even with one not physically present, the circle remained unbroken. And so it shall be—in the sky, Lord, in the sky.

The above was written by Howell Clyborne in the aftermath of Steve’s passing in 2013 for SouthernReader. Howell referenced “Will the Circle Be Unbroken?” and, ironically, over the years, many of us CN alums have gathered around someone’s piano to sing that song. Here’s a link to one of those occasions…this one was at Ran Coney’s house back in the mid-’80s: http://www.southernreader.com/Circle.mp3